My Visit to Freemason Hall 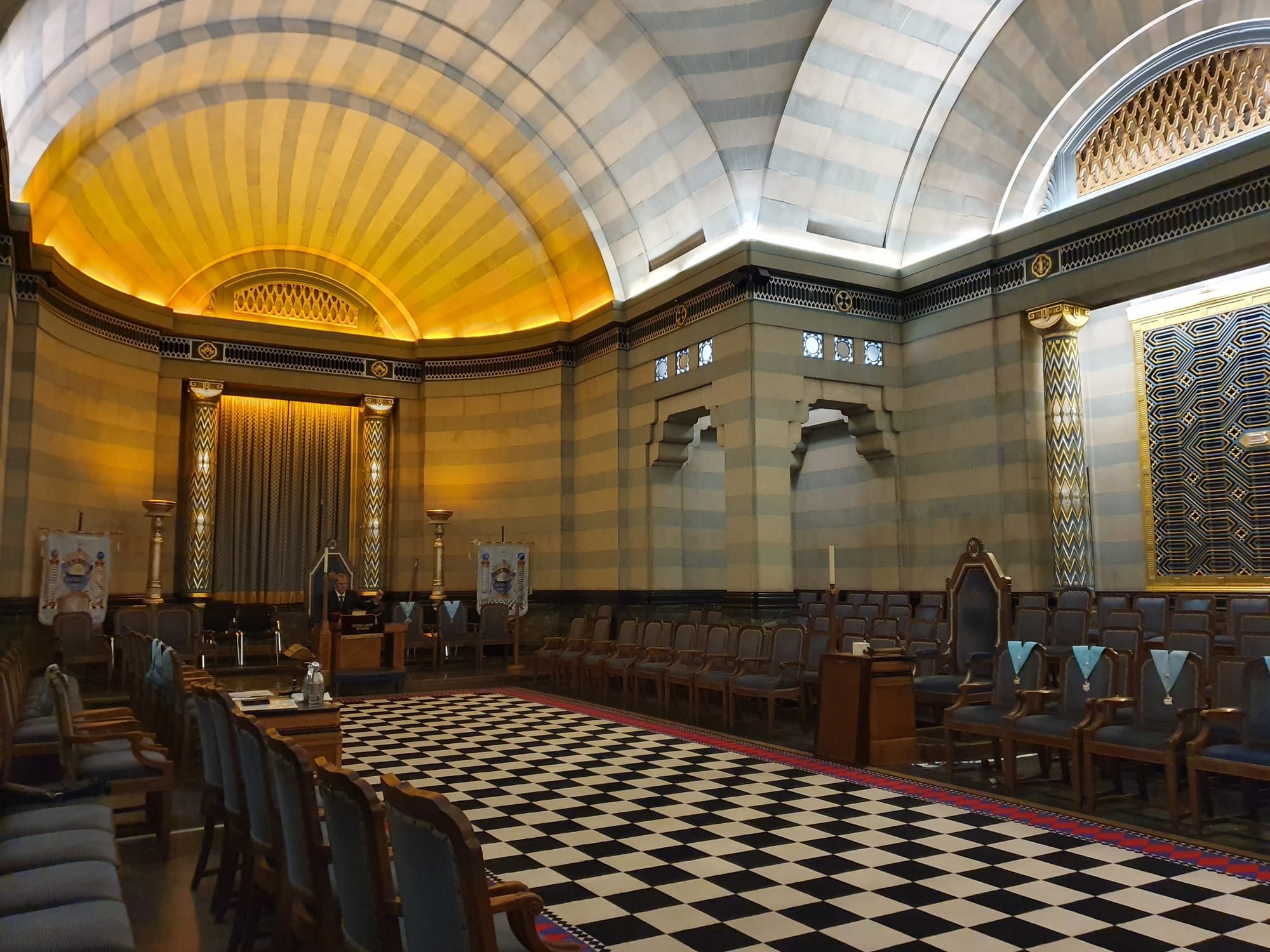 Well what can I say, the long and short of it over the last year I have had a number of Masonic visits,

where i have met some great masons who like me, enjoy our masonry. I have met masons where I work and we have form a band of brothers who like the famed 3 musketeers like to get the word out.

During one of my visits to York Lodge ~ I was introduced to Bro Migueal Casteller, who is Brazilain but has joined a london lodge. during that visit i was invited to attend a "ladies" weekend which turned out be more than just a weekend in London as i was at Lake Como in Italy..

what happened in Italy stays in Italy. ~ watch these pages!

The reason i have mentioned Lake Como is whilst at that weekend, I got chatting with real work horse of masonry  one

he should be in charge of Masonic Recruitment, after an interesting hour of discussing masonry in general and what i liked about it, he had teased out of me the fact i had just learnt the 2nd Degree Tracing board,, even though i had only stood in open lodge once to deliver it he asked me would i be interested in doing it for Certes Lodge at their next regular lodge.

It must have been the ambience of the  evening,  and oh yes copious amounts of Limoncello  I said yes.

So on the 20th of November I set off to the smoke, to see what It would be like to stand in a temple within the halod ground of Freemason Hall.

The temple allocated that day was number 10 the Indian Temple,, light green and white marble stripes and a cealing that gave you neck ache to look up too, a grand room to say the least!

It was interesting sitting in another lodge where the Brethren are made up of English and Italian Brethren so the regular businness of the lodge is undertaken in engish and italian,,,

Yep I made some errors but as all Brethren know until your stood in front of Brothers; you never know how hard it is to be perfect but I would like to think that  as myself and the fact i had travelled all the way down from UP NORTH to the Smoke, and that this Brother from Cockburn is now remembered as a friend and will be asked down again.

Worrying thing someone did mention could I learn it in Italian!